Around the country and around the world, communities come together on GivingTuesday. In the United States, Community Campaigns often form in cities and states but they also organize around common issues or causes. What they have in common is a belief that bringing a community together around the spirit of collective generosity on GivingTuesday creates ripple effects far beyond the day. We spoke with Lynelle Marble, Vice President of Marketing & Strategic Partnerships at Hawai’i Community Foundation about #GivingTuesdayHI.

Tell us a little bit about yourself. What’s your background and how did you get involved with the social good world?

I’m blessed to have been born and raised in Hawai‘i, a place where its culture is deeply rooted in a commitment to care for our ‘āina (land) and ‘ohana (families). My career started in public relations in the tourism industry, but I quickly learned that my heart yearned to contribute to a company or organization with a social good mission. I was fortunate to join the Hawai‘i Community Foundation where I could combine my marketing, communications, and PR knowledge with my passion for helping people and organizations to make Hawai‘i a better place.

What inspired you to bring GivingTuesday to Hawai’i?

As a community foundation, one of our main goals is to raise the level of giving in Hawai‘i. We thought that GivingTuesday was the perfect opportunity to create broad awareness about the good work being done across our state through giving and to encourage others to join in. 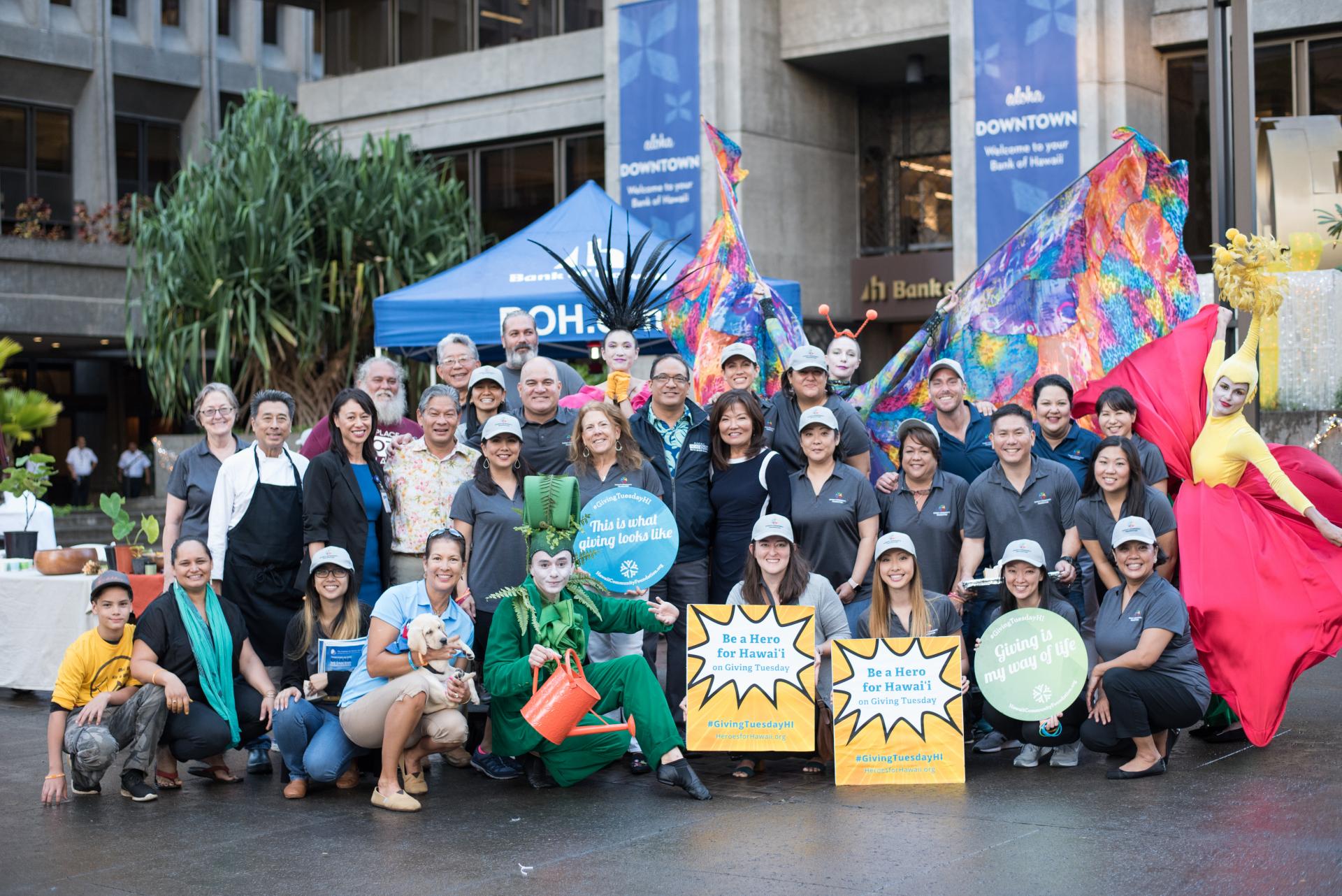 You hold a fantastic event on GivingTuesday. Can you tell us more about the event?

Thank you so much! We have an incredible, hardworking team that makes this event happen. We decided to launch our first GivingTuesday event in 2017 in Downtown Honolulu to reach the most amount of people possible on a weekday. We partnered with Bank of Hawaii to utilize the space in front of their main branch, which is one of the busiest corners in Downtown. We also pulled together other partners to create a fun, lively atmosphere so people would get curious and gather to learn more. Partners included a well-known local chef, Russell Siu, who provided free food items; a company that provided the sound system and music; and Hawai‘i Gives Back, a local magazine that shares stories about giving along with a list of nonprofits serving our state. To maximize our efforts, we engaged the top local TV station to do live feeds with us throughout their morning show. Each of the live segments featured a pairing of local business leaders talking about their motivation for giving back as well as nonprofits who are doing great work in our community. In addition to the interviews, we made sure that the background shots showed the excitement being generated in Downtown. There were a number of volunteers from Bank of Hawaii and Hawai‘i Community Foundation passing out magazines and pins that had sayings such as, “This is what giving looks like.” We also made sure to include a local nonprofit who trains assistance dogs for people with disabilities – so yes, there were adorable puppies and they were a hit!

In 2018, we expanded our partnership to include First Hawaiian Bank, which allowed us to grow our GivingTuesday “takeover” to two corners of the busiest streets in Downtown. Our partners rallied, and we duplicated the food and magazine giveaways on both corners. We also engaged a contemporary dance organization to showcase their performers in elaborate costumes, which helped to attract even more attention to our #GivingTuesday event. Our bank partners and HCF also pulled funds together so that attendees would have the opportunity to give $500 to their favorite charity by putting their business card in a jar. The TV anchor pulled names and announced it on our live segments. In total, $15,000 was awarded to charities in Hawai‘i. Finally, we added a new twist with the puppies in training by setting up a Facebook Live puppy cam. Each like and share donated $2 to the charity and in the end, over $2,000 was donated.

The most impactful thing that happened at this past year’s event is that each of the bank partners brought out double the number of volunteers including their respective charitable foundation’s grantees. It was powerful to see so many nonprofits and philanthropists coming together to celebrate and shine a spotlight on the power of giving.

This year, our plan is to expand the #GivingTuesday event to all four corners of Downtown as well as to each of our neighbor island offices on Kaua‘i, Hawai‘i Island, and Maui. We’re also increasing our partners to include our daily newspapers and more nonprofits, and we hope to equip them with a toolkit to promote GivingTuesday more broadly.

How do you spread the word about your campaign?

Our main effort has been through social media leading up to, on the day of, and following the event. We also send eUpdates to our constituents pre and post-event. On the day of the event, we selected media partners from each medium – Television, print, and online. Our hope is to also include a radio partner in the future. Through these partners, we promote our GivingTuesday event – from a TV interview the week prior to stories about giving on Hawai‘i Gives Back magazine’s website. Hawai‘i Gives Back has also allowed us to extend our GivingTuesday efforts by highlighting stories of giving throughout the year to keep the awareness and momentum going. The magazine is an annual publication that focuses on philanthropists, nonprofits, and the impact of giving in Hawai‘i, and is mailed to households across the state with an income of over $100K.

What are your goals with GivingTuesday in Hawai’i?

We don’t focus on giving to Hawaii Community Foundation, and instead, work to create awareness and encourage action by giving to the charity of their choice. We’ve also used it as a way to celebrate giving in Hawai‘i vs. a strong call to action to give now. While awareness is difficult to measure, we do see a significant increase in social media engagement numbers during the campaign and have generated some funds in online giving. My hope is to sharpen our skills and learn about tools that we can use at the upcoming GivingTuesday summit so that we can better measure our impact.

What is one of your favorite GivingTuesday stories?

It’s so inspiring to see the growth of our GivingTuesday event with hundreds now gathering – from nonprofits and volunteers to businesses and philanthropists – to celebrate giving in Hawai‘i. One story in particular that touched us, came from a woman who attended the event and was selected to give a grant to the charity of her choice. She used that opportunity to talk with her daughter about giving and in turn, her daughter selected a school. The school wrote a lovely note saying how inspired they were to receive a grant from a young student for GivingTuesday. Being able to help a parent share the joy of giving with their child is all we could ever ask for! 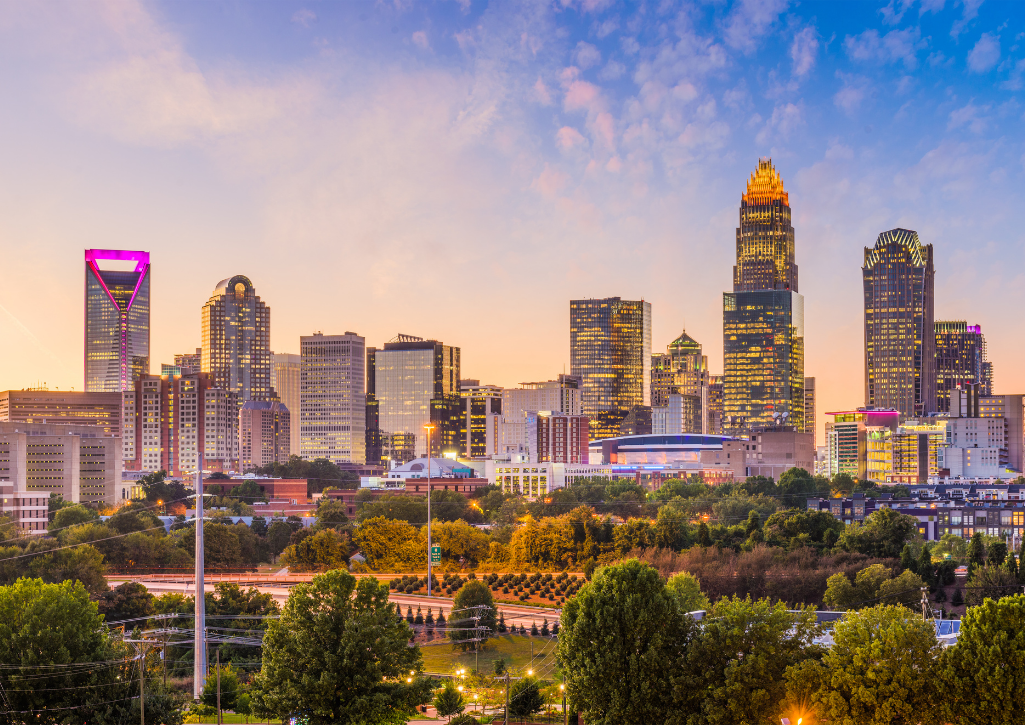 Behind the Scenes with Amy Jacobs, #GivingTuesdayCLT

This week, we’re behind the scenes with Amy Jacobs. Amy is one of the faces behind #GivingTuesday in Charlotte, NC. Here’s what Amy had to say about her experience so…

This week we’re behind the scenes with Lucie Mádlová, the leader behind #GivingTuesday in the Czech Republic (Czechia). Here’s what she had to say about her experience championing the movement…