This is the second in our new blog series featuring Giving Circles – groups of friends and neighbors who gather to learn about issues that interest them and pool money to fund greater impact. Giving Circles are democratizing giving, shifting the power, and changing the face of philanthropy – allowing all voices to be heard and empowering anyone to become a “philanthropist”.

This week, we spoke with Eliza Winans Rossman, founder of ALLINBKLYN, a women’s philanthropic initiative, in Brooklyn NY, modeled on the traditional giving circle. 61 women form this grantmaking community that benefits from a level of impact most donors cannot achieve on their own. Now in its fifth year of operation, ALLINBKLYN members will award well over 1M to nonprofits throughout Brooklyn.

Tell us a little bit about yourself. Where are you from, and why did you start a giving circle?

As a geriatric social worker with a community organization background, I’ve had the privilege of working in a variety of settings. I’ve worked in the field as a line worker, in hospitals, and in academia counseling students getting master’s degrees in social work with an emphasis in gerontology. I’ve also directed a small family foundation focused on aging issues. About 19 years ago, having left my foundation job, I joined a giving circle in Manhattan called WellMet to keep my hand in philanthropy. WellMet, now in its 20th year of operation, is a circle for women that focuses on grassroots startups throughout the five boroughs. I thought I’d have a thing or two to teach these women about the field, given my background. Well, these women had a thing or two and then some to teach me! This circle of savvy, professional women were trailblazers in collective giving and they knew the ropes. Their enormous business experience in a variety of fields coupled with dedicated volunteerism in the nonprofit sector, most at a board level, made them a very effective philanthropic force. Fast forward 15 years later, I realized my background suited me to bring this collective impact model to Brooklyn. Before I knew it- and this is a testament to just how ready women in Brooklyn are to embrace their philanthropic selves, I had recruited 6 members at $5,000 contributions each. Within only a few months, I had 41 members. I think what really resonated with everyone is that the collective giving model gives people the opportunity to access nonprofits that they wouldn’t ordinarily hear about, let alone get to visit! There is so much need out there and ALLINBKLYN created a wonderful way for women to address this – to do a really deep dive into Brooklyn and make decisions collectively and smartly on where their philanthropic dollars are most needed. 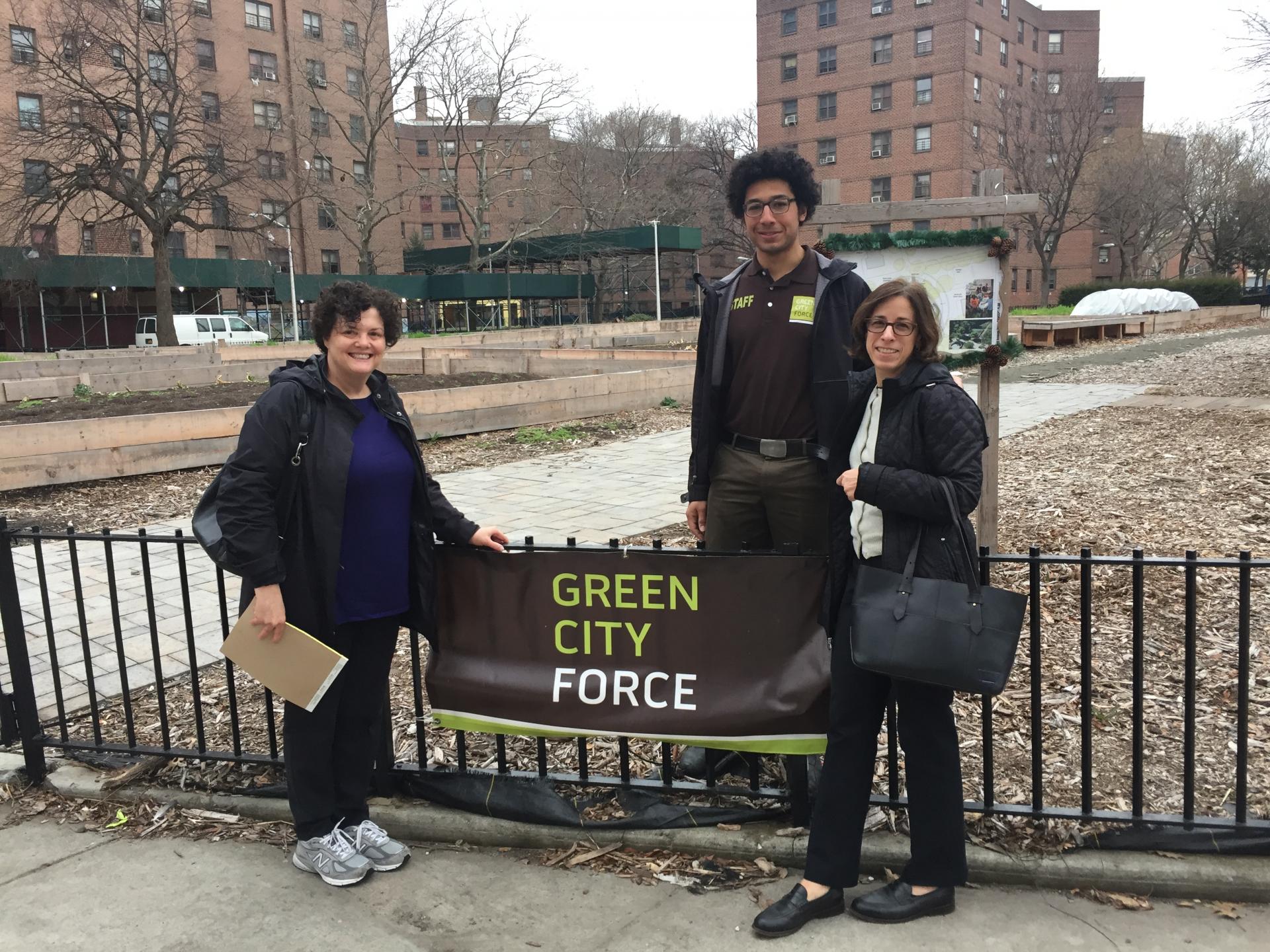 What causes does ALLINBKLYN support? What’s your process for nonprofits to apply for funding?

ALLINBKYLN supports organizations that are serving the people and places of Brooklyn. We don’t accept unsolicited proposals. Rather, each member of the circle gets to nominate one nonprofit that we then invite to submit a 1-2 page proposal. We also make site visits to all of them (usually around 20 nonprofits), and after we’ve made our funding decisions we host our new grantees at a big celebration event. It’s a chance for grantees to not only get to know us better, but also to meet fellow nonprofits working in Brooklyn.

How do you recruit members to your giving circle?

In the last couple of years we haven’t had to actively recruit! Honestly, I started by reaching out to my own network at the beginning and the circle grew naturally from there. Prospective members come to me through the website, through Brooklyn Community Foundation, or from other members. I meet absolutely anyone who inquires for coffee. I want to be transparent about dues, expectations, the commitment, and where we’re going. About the dues: we were worried initially that 5K would be a barrier to entry. It’s definitely true that it’s a heavy lift for some of our members and a drop in the bucket for others. But that has turned out not to be our big issue. Managing growth has! We had to institute a waiting list for membership this past year so we could take a breath and figure out how to manage our numbers for the coming years!

We do think of ourselves as philanthropists. Women philanthropists. It reminds me of when we first started, someone used the term “giving circle” to describe us in a press release and one of our executive committee members had a really negative reaction to it. She said, “We sound like a koffee klatch!” Now the term “Giving Circle” has entered the mainstream philanthropic conversation. But anyway, that’s why we started out and continue to refer to ourselves as part of a Women’s Philanthropic Initiative. We are a community of professional women who want to work together to promote a culture of philanthropy in Brooklyn. It’s the fourth largest city in the country and only gets 5% of philanthropic dollars raised in New York! We know that our impact is limited individually. But collectively we can make a much greater impact. Not only are we philanthropists, we also see ourselves as community builders. We’re building relationships between our members who want to give and grassroots changemakers who are making a difference in Brooklyn. We are also interested in offering opportunities for nonprofits to get to know each other to promote collaboration and create connections. 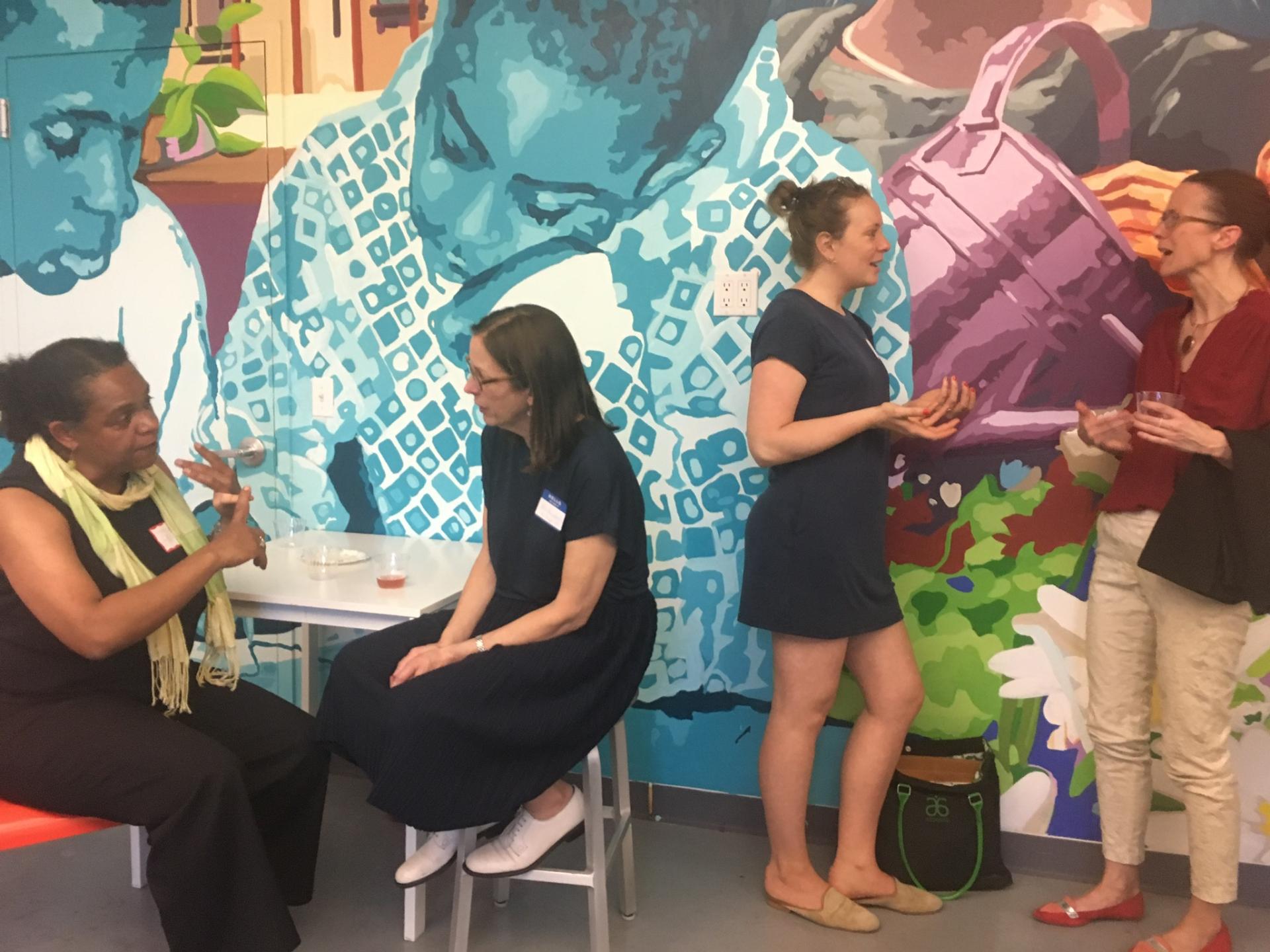 What were some of the best moments for your circle this year?

Wow. There are so many. Let’s just start with our meetings… We only have four and a lot of important decisions get made at them. I am always struck by how elegantly our community works together to get to the right answers while making some tough choices. And we have such a rewarding and, honestly, fun time doing it! In terms of favorite moments with grantees, I guess when any meet with success in what they’re doing, that’s a huge high for us. This just happened with Emma’s Torch – we were one of their first funders. Emma’s Torch is a restaurant that trains refugees in culinary sciences here in Brooklyn. They started out as a catering business and grew into a restaurant. They’ve just opened a coffee shop at the Brooklyn Public Library. The Founder was recently nominated as a CNN Hero. These are the kinds of moments when we feel incredibly lucky to be able to support nonprofits that really need assistance.

It is just so rewarding to be part of this successful group of women, all of whom are showing such generosity and passion for supporting local nonprofits. Our model of collective leadership truly represents the generosity and strength of our borough.

We’re about to embark on a strategic plan to bolster our infrastructure to engage more women, more deliberately. People are aching to do more – not only to give more – but to do more.

I recently hosted a giving circle meet up with leaders representing different NYC-based giving circles with a goal to start to collaborate on best practices and co-funding. We’re really excited about the opportunity with this; there’s just so much work to do and as we’ve learned from ALLINBKLYN’s model: we’re stronger together.

Editors note: If you represent a New York metro area giving circle and would like to get involved in this new collaborative, please contact ALLINBKLYN. 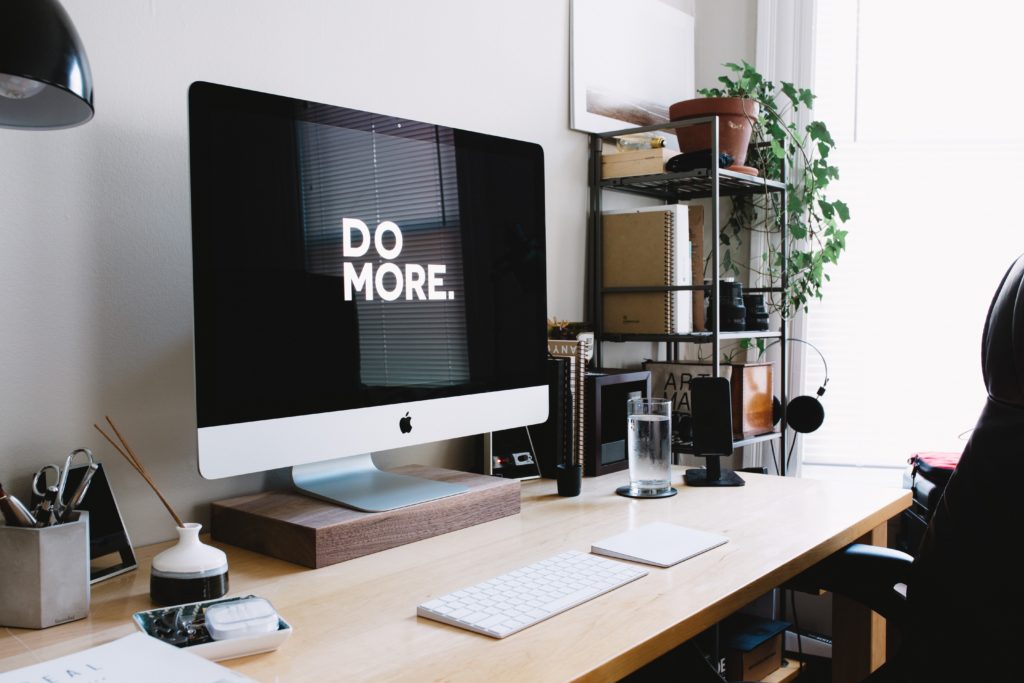 Giving Circles: Supporting Innovative and Impactful Uses of Data and Technology in the Social Sector

This is the fifth in our new blog series featuring Giving Circles - groups of friends, family, and neighbors who gather to learn about issues that interest them and pool… 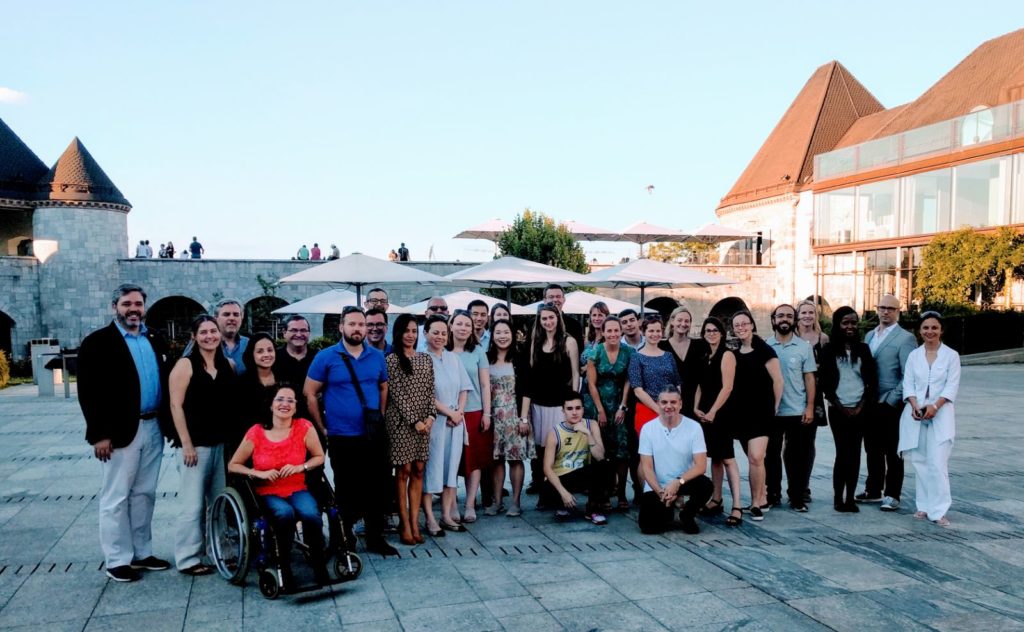 On June 19 and 20th, 35 Global Leaders from 22 countries met in person in Ljubljana, Slovenia to share best practices and to plan for #GivingTuesday 2017. The Global Summit…