New York, NY – November 28, 2018 – #GivingTuesday, the grassroots movement and global day of giving that started seven years ago, has now broken the billion dollar mark in generosity, with millions of people in every country of the world coming together each year to give back. The movement, begun as a simple idea at the 92nd Street Y (92Y) in New York City in 2012, has propelled people across the globe to open their wallets and volunteer their time to help those in need and to raise their voices in support of causes they believe in.

Since 2012, the total amount raised from the GivingTuesday movement, now an annual ritual around giving, is over $1 billion online in the U.S.

On the seventh annual #GivingTuesday, individuals, civic coalitions, non-profit organizations, schools, and businesses in all 50 states raised over $400 million online in the United States alone (with results still coming in) to benefit a broad range of causes, and gave much more in volunteer hours, donations of food and clothing, and acts of kindness. The total number of donations reported is approaching 4 million, a 45-percent jump compared to 2017, marking the most successful year yet in terms of giving. The mean gift size was $105.

While 92Y first conceived of the idea, it has now grown into a global movement, with individuals, families, organizations, and communities coming together to demonstrate their common willingness to give. Celebrated after two days for getting deals — Black Friday and Cyber Monday — it was time for a holiday centered around giving back. Today, #GivingTuesday has inspired grassroots giving activities in every country in the world, from Venezuela to Taiwan, Russia to Kenya.

“When we first conceived of #GivingTuesday, we imagined a way to use people’s collective power to overcome what divides us, and unite behind our shared values. To now surpass a billion dollars in giving and volunteering is a testament to a global spirit of generosity that may not always make it into the headlines, but is evident in every corner of America and around the world,” said Henry Timms, Executive Director of 92Y and Co-Founder of #GivingTuesday. “At a time when people’s differences can seem so pronounced, #GivingTuesday demonstrates that everyday acts of compassion can spread, inspire, and bring us closer.”

Acts of generosity and kindness literally spanned the globe this year, including:

In Pennsylvania, Lafayette College organized an a capella concert for the residents of the Glendale Nursing Home on the evening of #GivingTuesday. The event brought together the greater Lafayette student population to meet the community they live in and provide entertainment around the holidays for seniors that are often isolated. The evening ended with a student-led piano holiday sing-along for the residents.

TOMS® Shoes kept its stores across the country closed until 1:00 pm on #GivingTuesday in order to let employees spend the morning volunteering at local organizations they cared about.

Winners of JetBlue’s #CheckInForGood contest leading up to #GivingTuesday were flown to “Destination Good,” the Dominican Republic. The surprise location was revealed to the do-gooders at the airport that day. Participants entered the contest by showing their commitment to giving back and agreeing to join JetBlue on the volunteer trip without knowing the destination.

In Kenya, volunteers worked with neighborhoods and communities around Nairobi to paint rocks with messages of goodwill and kindness. People of all ages and backgrounds were welcome to write messages on the rocks, and then help distribute them throughout the city as messages of hope and inspiration for others.

In San Diego, California, community members came together to participate in a California Wildfire Relief Telethon hosted by the local NBC and Telemundo television stations. The telethon raised over $107,800 from over 800 gifts. Proceeds from the telethon will go towards the American Red Cross to help victims and first responders of the devastating fires.

Students at West End Day School (New York, NY) held a school-wide “Caring for Vets and Pets” bake sale to raise funds for the training of therapeutic dogs for our veterans, and wrote postcards of support to veterans through A Million Thanks.

U.S. college kids across the country joined together to embarrass themselves in support of the Karam Foundation – doing dares like getting a pie in face to raise money. The #Dares4Syria campaign in partnership with Students Organize 4 Syria chapters asked folks to donate money and pick a dare for a college student to complete to collect the donation.

Organizations in Puerto Rico came together to continue their focus on rebuilding after Hurricane Maria, cleaning up beaches, helping to repair homes, fundraising for the installation of solar energy and more.

In Venezuela, volunteers helped distribute 530 food donations to hungry people on the streets of Caracas; volunteers doctors also gave 50 free examinations to pediatric patients in need of medical support and 35 medical supplies products were given to a local hospital.

In Ukraine, #GivingTuesday kicked off a new curriculum in over 200 schools that will teach a lesson on charity each month to students across the country. The lessons will emphasize non-financial giving and will have students participate in giving projects.

HIAS, a global Jewish non-profit which works around the world to protect refugees who have been forced to flee their homelands, raised over $350,000. This includes $120,000 given as a match by two anonymous generous donors.

In the Texas panhandle, the #PanhandleGives campaign in Amarillo, exceeded their initial goal of $500,000, and raised $750,000 to benefit over 100 organizations.

#GivingTuesdayNWO, a community coalition in Northwest Ohio, led by Everence, a financial services firm, raised $1.6 million in an overwhelming show of support in a small community.

#iGiveCatholic raised more than $5.6 million from over 23,000 donors to support 1,354 Catholic parishes, schools and nonprofit ministries across the country.

On #GivingTuesday, DonorsChoose.org raised over $1.4 million from over 19,600 donors to support 16,580 public school teachers across the country.

#GivingTuesday was born at 92nd Street Y’s Belfer Center for Innovation & Social Impact, which deepens the organization’s focus on reimagining community for a global, digitally connected world, and develops new mission-driven initiatives that honor the innovative spirit that has always been central to 92Y’s work and mission.

For the fifth year in a row, NBC News and MSNBC supported #GivingTuesday as the signature media partner by reporting stories of individuals, groups, charities and organizations championing various causes on-air and across the social and digital platforms of NBC News and MSNBC. To kick off #GivingTuesday, The Last Word with Lawrence O’Donnell shared the latest updates on the KIND fund and TODAY spoke with Salvation Army spokesperson Candace Cameron Bure and J.J. Johnson with the No Kid Hungry campaign. On MSNBC, 92Y’s Henry Timms joined Morning Joe to discuss how Black Friday and Cyber Monday inspired the idea of #GivingTuesday. Additionally, NBC News and MSNBC highlighted organizations important to our anchors and correspondents including City Year, Colorectal Cancer Alliance, Girls Inc., Big Brothers, Big Sisters and more. 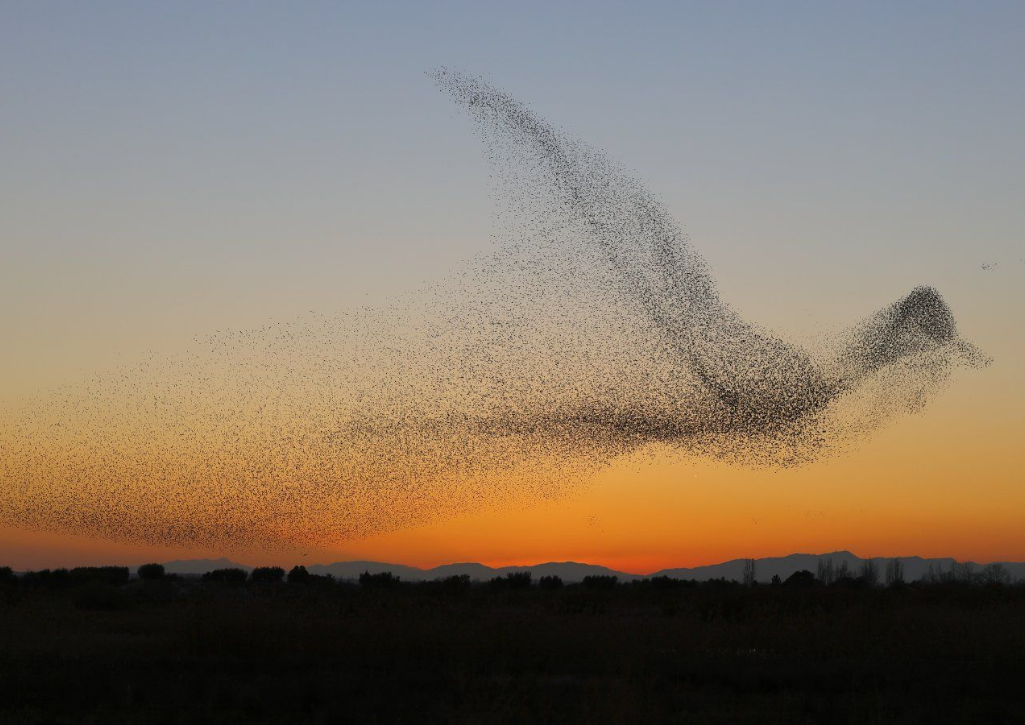 Note: Applications are closed. You can learn more about the impact of the first cohort of the Starling Collective here. Sign up for our newsletter to be the first to… 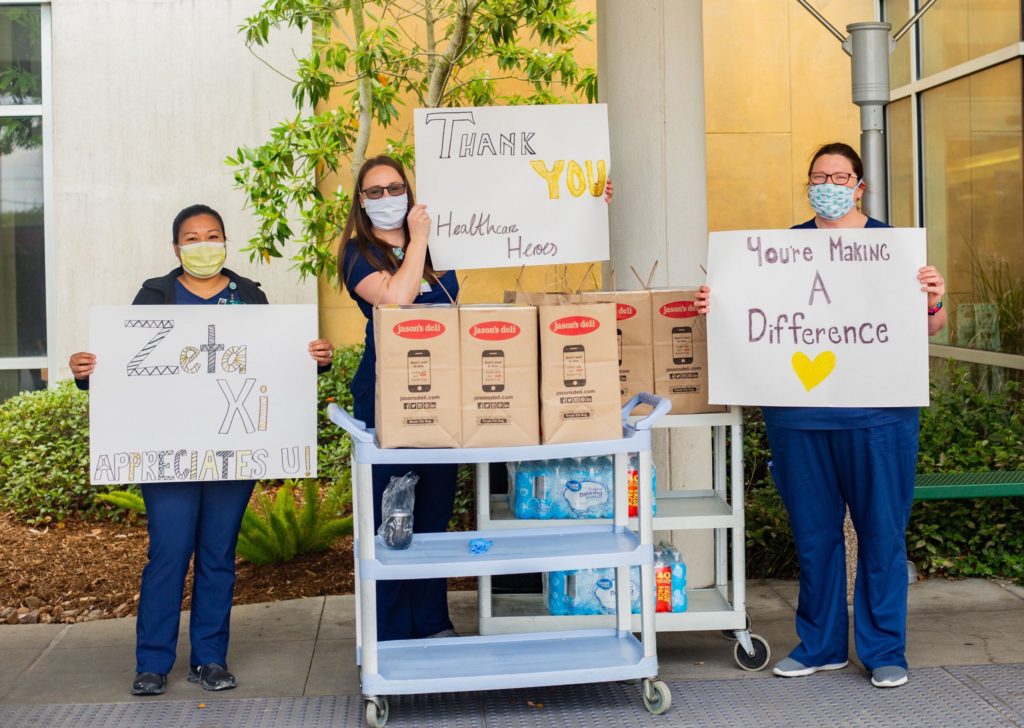 #GivingTuesdayNow Prompts Surge of $503M+ in Online Giving in the U.S. During Crisis

Online levels of grassroots giving for May 5 event were similar to GivingTuesday 2019 in the U.S.; deeper analysis will offer additional insights for sector resilience On May 5, 2020…